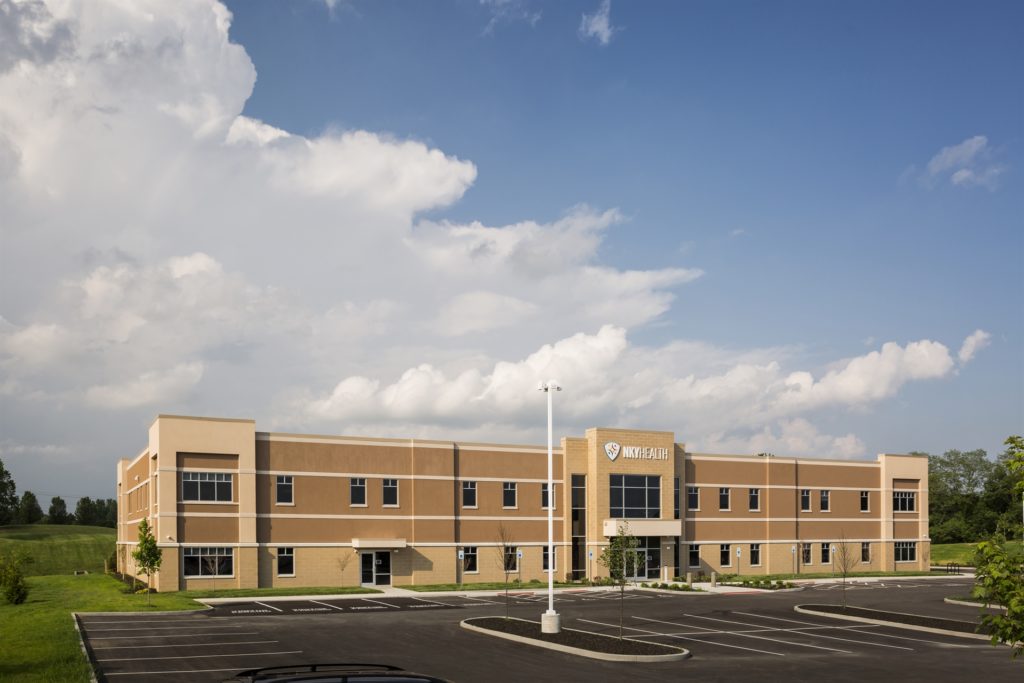 The Northern Kentucky Health Department provides high quality public health services to more than 400,000 residents of Boone, Campbell, Grant and Kenton Counties, with a goal of preventing disease, promoting wellness and protecting against health threats. The Health Department was one of the first in the country to earn national public health accreditation.

THE GOAL … AND THE PROBLEM

When the Northern Kentucky Health Department determined it needed a new building to modernize its operations and consolidate its offices, it went down a path many government agencies travel when facing a similar project. The Health Department formed a Building Committee, comprised of board members and individuals with engineering, construction, or related expertise. They designated an internal project manager to organize the project and work as a liaison among all the key players. They determined their current needs and projected future growth. They selected a building site in a convenient location. They did research to establish a ballpark cost of approximately $150 per square foot for what they were seeking to accomplish.

The Health Department then hired an architect to develop a design, emphasizing the need for a simple, straightforward building that matched the architecture of the government campus they’d be joining and that would embody responsible stewardship of the public dollars they would use for the project. Their plan was to put the final proposal out to bid and hire a general contractor.

The architect’s design resulted in an elaborate building with an $11 million price tag (about $268 per square foot) — almost double what the Health Department had expected. The Health Department consulted with the architect on ways to make changes to cut costs, and after changes were made the second estimate came in even higher than the first.

Frustrated by high estimates and not confident their architect was grasping the Health Department’s needs, the Building Committee decided to issue an RFP for a design-build approach just to see what the results might be. After considering four comprehensive responses, the Health Department selected Paul Hemmer Company for the strength of its presentation, competitive price, and collaborative approach.

Hemmer met with the Health Department’s key leaders and staff to ensure a firm grasp of the requirements and then also entrusted the Health Department’s building needs to frequent partner KZF Design to create a straightforward, affordable design with functionality for today and flexibility for the future. Hemmer’s expertise brought a creative and outstanding design-build solution to meet this governmental agency’s needs — and did it all under budget.

Along the way, Hemmer and the Health Department had regular meetings, and because of the strongly collaborative process, Health Department leaders were able to see the project’s progress from groundbreaking to finishing touches.

THE RESULT: A NEW OFFICE BUILDING AT LOW COST

The Health Department’s new 40,000-square-foot office building is situated on a four-acre parcel of land on the Florence Government Center Campus. It includes offices, meeting and training spaces, and a laboratory area, bringing together 95 staff members who used to work out of four separate locations. The project’s total was approximately $6 million, with $540,000 for the land and construction costs of about $4.8 million. The final cost per square foot rang up at an impressively low $117.

“This was my only true building project in 21 years with the Health Department – it’s just not something we do. I relied heavily on Hemmer to say what’s typically done and just to know what’s best. They were very helpful on all those things. It saved us money because it was a shared savings contract, and there was a lot of shared savings at the end.”

“Hemmer was very good to work with. Everyone who has come into the building and seen it has been very impressed, and we’ve received a lot of positive feedback about it. As the project manager from the Health Department’s side, I really don’t think things could have gone any better.”

What would you say if another government agency asked you about your experience with the design-build process?

“I would say that Hemmer worked efficiently and moved the project forward in a logical, orderly manner. They explained phases and timelines along the way, keeping us informed in our regular weekly meetings. They were professional, efficient, made sure we understood any issues and what was being done about them, helped us stay on track with decisions we needed to make to keep the project moving forward on time. One of the most important things to me was that they listened to what was important to me and made sure it was incorporated into the plan even after the building was in process. This was a good partnership.”

What was your experience like working with Paul Hemmer Company?

“I feel like we had a good experience. The project went more smoothly than my preconceived notions of how such a big project was going to go. Communications were good, they met the timelines, saved us money, and we ended up with a fantastic building that will allow us to serve the community for many years to come. I especially appreciated the calm and kind demeanor of Paul Hemmer — he explained things very well and if something wasn’t right, he always responded, ‘We’ll take care of it,’ and he meant it.”