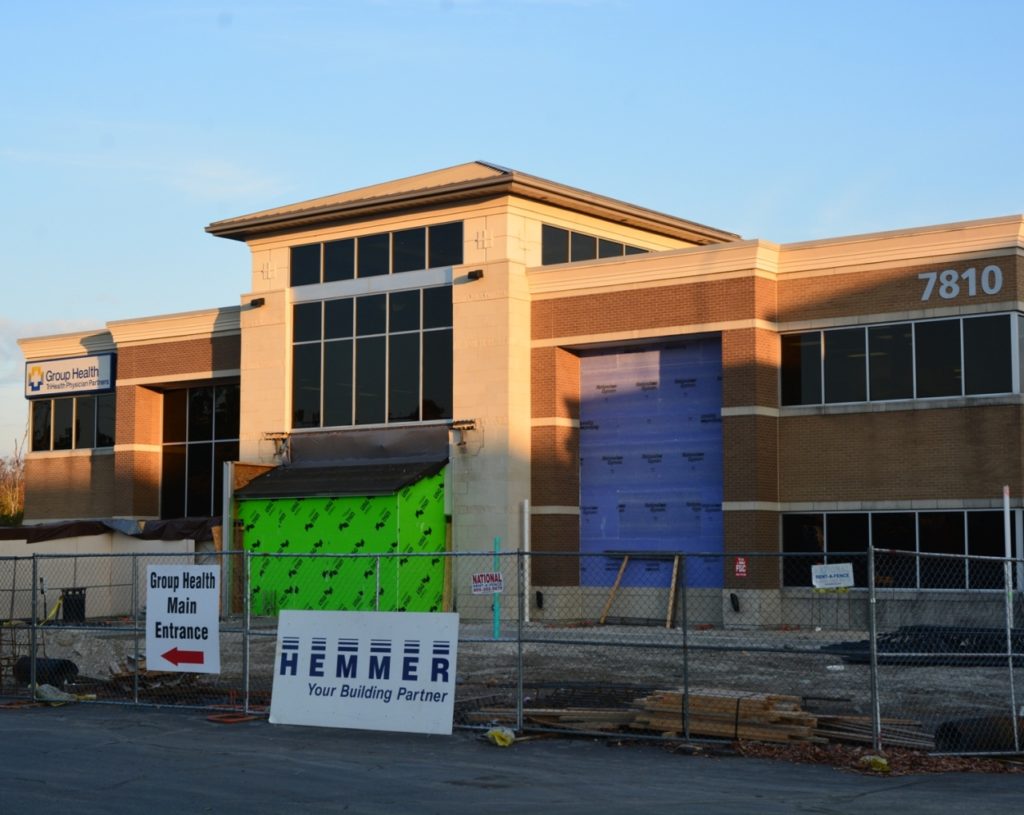 Paul Hemmer Company has begun the multifaceted and extensive renovation and expansion of the Anderson Professional Centre, a 73,000-square-foot medical office complex that Hemmer developed and built in 2006. Paul Hemmer Company was selected to construct the new project by Hemmer Management Group, a separate unaffiliated company and the current developer.

When complete in 2017, the project will bring a new TriHealth outpatient surgery center and renewed medical complex to the center at  7794 Five Mile Road, at the intersection with Beechmont Avenue in Anderson Township, Ohio.

This expansion project is complicated in several ways. Hemmer is constructing a new structure between two existing medical office buildings, so that all facilities will be connected and physically integrated as one full­service ambulatory campus. The renovations will expand the development – housed on a small five-acre site – to 85,000 sq. ft. of medical space.

Most importantly, all offices and businesses in the existing buildings at Anderson Professional Centre will remain open and fully functional during construction of the new expansion. This will include the opening of a new Ovation Theater by Carmike that is currently under construction on an adjacent site at the popular Anderson Towne Center complex. The project requires Hemmer to work closely with the other neighboring businesses in Anderson Towne Center, too, including Macy’s and Kroger, as well as the developer of the adjacent property, Victory Development.  It also involves Hemmer working closely with Duke Energy, including one recent weekend when it  powered down the site, changed out the existing transformer and all electric wires and replaced them by Sunday  afternoon and powered back up for business on Monday morning.

Further complicating the project is the temporary loss of 90 parking spaces while Hemmer constructs a three-story parking garage at the Centre. In order to make up for the temporary loss of those parking spaces, the Hemmer team worked with Cincinnati Metro to facilitate temporary parking for employees and contractors at a nearby Park & Ride location.  When complete next year, the medical office complex will include the new TriHealth outpatient surgery center, additional patient space, and structured parking to accommodate an additional 196 cars to bring the total parking to 400 spaces.

Paul Hemmer Company is collaborating with TriHealth, Group Health, GBBN Architects and others to create the new expanded facility. It will be called Tri-Health Five Mile – Anderson when it opens next year.